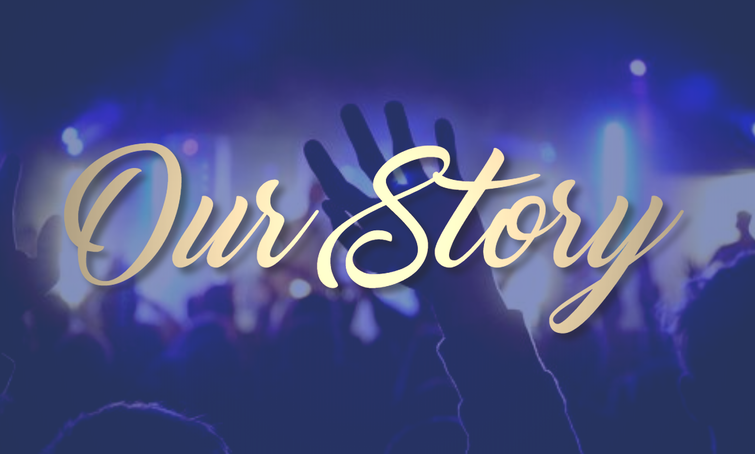 New Life originated in February, 1994, when Elder Edward T. Cook, pastor of the New Jerusalem Church of God in Christ, on Nebraska Ave., was petitioned by Bishop William James, prelate of Ohio North Jurisdiction COGIC, to also pastor Zion Church of God in Christ.  Zion was located only a few blocks away at 1215 Oakwood Ave. and had experienced a series of relatively short-lived pastoral appointments following the death of long time leader, Elder M. H. “Dad Hawkins.”  Elder Cook would become pastor number 7 in that series.

After carefully and prayerfully considering direction from God, Elder Cook accepted the appointment and on March 6, 1994, he became the pastor of two churches. In the month of July 1994, the congregation was presented the option of voting on a merger. The outcome was positive and on August 6, l994, the two churches became one with the God given name of New Life Church of God in Christ. Some dissenters chose to relocate. Other members moved only due to circumstances beyond their control. Even so, God chose to replace them with talented and gifted souls prepared to obey Him.

The building that housed the New Jerusalem COGIC family was retained for rental purposes but was eventually sold.

Questions arose concerning the name. Why New Life? Pastor Cook responded by delivering a most revealing sermon on God’s methods of preparation for His people. In essence, when God desires to perform something great concerning you, He changes your name. References used were drawn from Genesis 17:5, when God changed Abram’s name to Abraham; Genesis 17:15 when God changed Abraham’s wife’s name from Sarai to Sarah; and Genesis 35:10 when God changed Jacob’s name to Israel. Thus came the name “New Life” producing a striving in this congregation to live its name.

Pastor Cook continually teaches a theme of reconciliation because as he explained, “This congregation is definitely COGIC but God directed me to change the mindset of the people, for we are to be a different church.” A series of noonday and 24- hour prayer chains began. The Saints were summoned to the sanctuary for several sessions of sustained oral scripture reading without expounding or discussions.

Initially most auxiliaries and church groups had two members occupying the same office. Some held elections to solve the situation; some gave preference to the other leader. An overview of these existing organizations exposed the fact that there were few ministry activities functioning. Pastor Cook suspended the operations of most groups and auxiliaries.

There had to be a reorganization but with a definite purpose. All former and present leaders were invited to a workshop conducted by Evangelist Clara Berry and Jonetta Gant from St. James COGIC. They instructed the leaders in developing a mission statement, core values and a vision statement. This was all surprisingly and expertly completed in a short period of time. The plan was certainly set in motion to  “change the mindset of the people.”

The Mission Statement for New Life had been completed earlier and distributed to the congregation:

A world in which the saints of New Life are a growing and caring community of faith, passionately modeling the life of Jesus Christ, in which it is our aim to cooperate with God in building a church that is great ​enough to impact Greater Toledo and focused enough to make genuine disciples.

Change became evident. The Sunday school evolved into Church School. The children’s ministry became K.I.D.S. – Kids in Devine Service; praise and worship, led by the praise team began to permeate the Sunday morning atmosphere occasionally accompanied by special testimonies of supernatural occurrences. A missions ministry was organized led by Sister Barbara Oxner. Shortly afterward, Sis Oxner moved to St James COGIC with her husband. Pastor Cook appointed Sis Arlene Bond who has taken missions to a higher level; even to the point of receiving the state title. God systematically constructed a team of anointed musicians with a conductor, Brian Cook who was fully capable of producing original music.  That fact surfaced one cold winter night when the heating system had failed and worship was held in the lower level. Pastor Cook taught a lesson on securing a new life in Christ Jesus At its conclusion, Bro. Cook began to lead the choir in singing an original song, composed during the sermon, entitled “New Life.” This outstanding, smooth, anointed rendition became the congregation’s theme song.

Pastor Cook displayed a gift of teaching which included a continual pouring out and expounding the Word of God into the saints for he had been sent to “change the mindset of the people.”  Those saints who considered themselves leaders gathered for classes; cell groups were formed and were active for a period of time functioning for the purpose of expanding ministry. In 1999, in his ardent effort to be obedient to God’s Will, at the conclusion of a series of instructions, Pastor Cook presented each member of New Life with a Believer-Ministry Certificate in accordance with Ephesians 4:11:16; I Corinthians 12:28; and Colossians 4:17. Every member of New Life became certified for ministry. Indeed, this was beginning to be a different church.